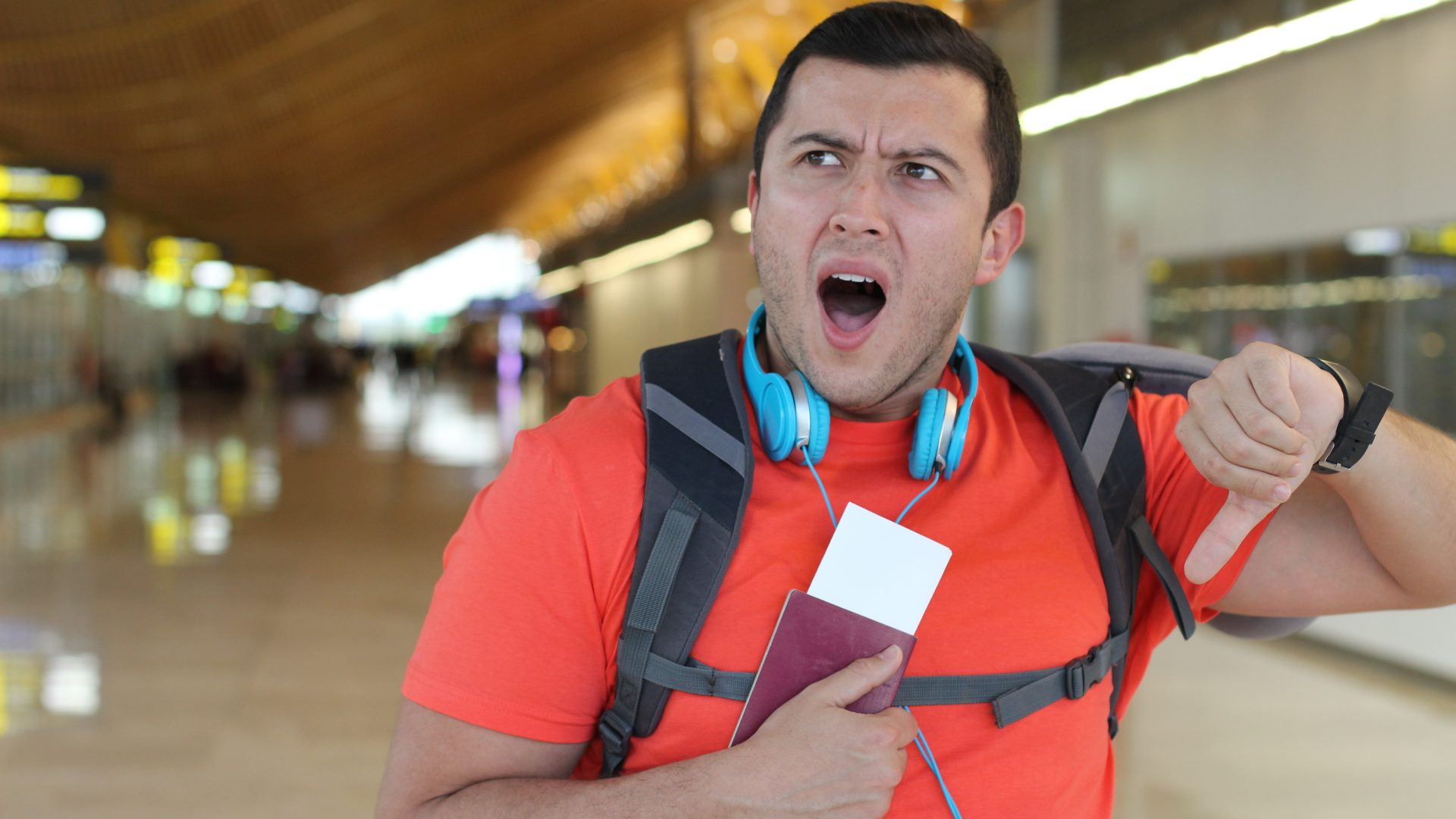 Diversions Diversions Everywhere but Not a Gate in Sight

It’s a “CHOOSE YOUR OWN ADVENTURE!” Based on my very real diverted flight- all these things really happened, I’m not kidding.

Your New York flight bound for Dallas has just diverted to Austin. You are the 3, which means you’re the assist for the lead aka the #1 flight attendant on board. You both attend First Class. It’s been a typical party crowd meaning everyone ate and drank like Romans at a gladiator-palooza. The couple with the cats in cargo has had about a bottle of wine each, and your friend in 6E has basically gone through all your Woodford Reserve singlehandedly. He’s told you you’re his favorite flight attendant ever, and he flies a lot. You suspect this is probably because he’s very drunk, but frankly you’re impressed he’s still upright at this point so we’ll let it slide.

Penny, while not in first class, sits in 7D, the first row of Main Cabin, and she has proven to be a wild card on this flight. Not in a fun way- she’s elderly and confused and you want to scoop her up and hug her. Also, to her family in NY that put her on a plane unassisted- a connecting flight no less- why?

Question 1: Everyone is less than thrilled as you sit waiting for a gate in Austin, except for Penny who is excited to be in “Arizona.” Do you:

a) Tell her you’re actually in Austin

b) Go along with her delusion

a) You figure honesty is the best policy here, and if you do happen to get a gate you don’t want her to wander off looking for whomever the “Tom” she keeps mentioning might be. Your money is on a long dead husband, but you never know. Ironically you and your crew are destined to work her connecting flight, so you assure her that you will escort her to the gate once you finally reach Dallas.

You are *not* here

Penny seems to understand for approximately 2 seconds, where upon you’re summoned by the 1 to discuss strategy as you all sweat it out like packaged sardines sweltering in the Texas heat. Once back upfront, the topic of discussion is the fact that apparently, you’re gonna be there for a while, so should you do a service?

Question 2: Probably, but should you:

a) just do water? Maybe some pop for those who ask? These people have been over-served

b) you just diverted, let the wine flow like the tears of those missing their connections

a) as much as you sympathize, everyone is already pretty toasted, and now they’re mad that you’ve just diverted. Probably a good call to stick with water.

An actual scan of 6E’s liver

Uh-oh, your BFF in 6E waves you down and asks for a whiskey rocks with a wink. You tell him you’re not serving alcohol on the ground but you’d be happy to get him a water or maybe a Ginger ale? (the fact he’s not already about to throw up is worrying/impressive).

As you say this, Penny comes shooting up the aisle, clutching a derelict flip phone with a number carved into a strip of duct tape. She needs you to call Tom! Now!

a) tell her no, that’s weird

b) ask her if Tom is actually a drug dealer because this looks like a burner phone. Is that why she’s confused? Drugs?

c) indulge a poor old woman who has told you at length about the fact that she’s also recovering from surprise surgery in NY while visiting her son (again why is this woman on a plane?)

c) You’re an overtired, overwhelmed FA, not a monster. As soon as you dial though, the line goes dead. The phone isn’t charged; you ask her for the chord to which she looks you dead in the eyes and says “the what? Where’s Tom? Are we in Tucson?”

You decide to see if your FA tablet cord will charge the mobile dinosaur in the forward galley. Before you make it back, 6E grabs your elbow and angrily yells, “I have NEVER been refused a drink on a XX flight before! I am an XX status member, I give you people more business than anyone else on this plane!” You calmly retort, eye twitching, that it’s simply not procedure to serve alcohol on the ground in these conditions. Mr. Whiskey tells you he’s live-tweeting all about your treachery while tagging your airline. He’s going to have your job!

Question 4 Do you tell him:

a) good luck with that. I have a union- I could pelt you with leftover warm nuts right now (an FA actually did this, she was legend) and be up for a service award next month

b) he’s really not worth it, though the fact that every few minutes he emphatically slur-cries “TWEET” after every supposed post while glaring at you might make you rethink the pelting option.

Never thought heaven would look so much like an empty gate

To the chorus of indignant “TWEETS”, Penny comes to the front, demanding an audible audience with Tom. Her phone is charging but you decide to take matters into your own ears and call from your phone. It’s then you discover that Tom is probably 19 and works at the memory care facility Penny lives at in Tucson- he has no idea what to do. You smile nervously at the confused elderly woman and escort her back to her seat, as she asks over and over if you are in Tucson, whilst “TWEET” rings out periodically throughout the cabin.

Finally, your captain is able to secure you a gate, but the taxiway is crowded so you have to wait- blessedly a bus comes to whisk the furious toiling masses off the plane and more importantly, away from you.

While the bus is parking, Mr and Mrs bottle of wine each call you over to express concerns over their cats in cargo. They are lovely and sweet and beseech you to see about cracking the door for some fresh air, and perhaps giving them (the cats) some water. As you are telling the captain who is radioing ground personal, the couple adds, “They’re actually pretty feral, so they might bite or run away if the cage is opened.” * Shrug *

You and the pilot stare at each other mouths agape as you wrestle with what to tell the unsuspecting rampers.

b) so you tell a little white lie that the cats have been checked on and watered- you’re already in hell so how much worse could it get?

Hungry for man-flesh and fear

“It’s fine guys, I got this; I’ve watched SVU all the way through like 7 times”

The bus is now at capacity, with a few people milling about on the runway as they wait for the bus to return. The captain receives word from the tower that they now have clearance to taxi, but can’t do so with people on an active runway. It’s up to you to hang out the door and scream that as much as they love not being on the plane, all the people waiting must return.

They all refuse. So you can’t move.

Whiskey man stands up and takes a break from his one man show “TWEET; The Musical” to shout that he’ll “GET THEM BACK INSIDE JUST WATCH!”

Other people are screaming at you to perform a citizen’s arrest.

“THEY HAVE TO LISTEN TO YOU IT’S FEDERAL LAW! GO GET THEM!”

People rush you forward as they rush the door to jeer those waiting on the tarmac. The waiting crowd yells and gestures at the door people. It’s the worst West Side Story reenactment you’ve ever seen.

c) hunker down in the lav and pray for daylight

d) crawl into the oven and turn it on

b) while c and d are tempting, you can’t leave your 1 behind; a seems fun but like it would require too much choreography

Amid general wails and shouts, you both implore people to remain calm. To sit down. More men rush the door ready to leap out and what? You’re not sure, but you don’t want to know.

This entire situation has devolved into madness which is only fueled (literally) when instead of going to a gate, you abruptly get fueled instead, and finally get to Dallas.

Whiskey dude shoves his phone in your face upon deplaning and howls out one last “TWEET TWEET” to which you silently curse him to a lifetime of unsatisfactory haircuts.

Penny has no idea where she is, refuses to get off the plane without you, doesn’t understand that there will be no flight to Tucson and she’s sleeping in Dallas tonight and would like to know “where the hell Tom is”.

Tuscon, Penn. He’s in Tucson. A place that I will, frankly, never know if you got to. I still wonder about you sometimes, if you became a resident of Terminal C and now live in the quiet room of the DFW airport…

You and your crew weren’t meant to layover here, so the only place the hotel desk can find with availability is…a Great Wolf Lodge.

After check-in via a talking animatronic tree in the lobby, as you climb into a rustic bunk bed 16 hours after you started your day, you reflect on the sordid affair you lived through as you scour Twitter searching for raving rage tweets about yourself and your whiskey reticence. Nothing so far as you could tell; his typing skills were probably pretty impaired.

I don’t know why I find this the worst part of the whole story but in one final insult of this entire ordeal, but before crawling into a twin sized bed meant for children, I had to wash the day off my aching body with body-wash that smelled like bubble gum. BUBBLE GUM.

That body wash was an affront against morality

Looking For A Solution?